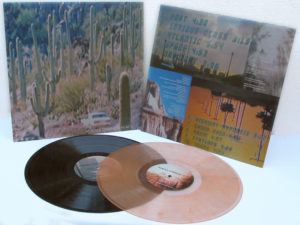 ‘The style of the music is probably on par with someone like John Maus, where they are both working with and reinterpreting these sounds for a new century.’
fotw audio productions

‘Hazy, delay-drenched road trip to nowhere, for which Hunter has packed into trunk a sparse synth and drum machine set up and phased us into a Californian dreamtime.’
the sound projector

‘An album that takes you by the throat from start to finish.’
the post.online

‘Hunter Complex manages to brew his very own musical story, one full of melody and recognition.’
kwadratuur

‘An honest guy with lots of love for this kind of music and that love seeps through the seams of kitsch.’
peek-a-boo magazine

‘A perfect flashback to a time that never really was.’
highlife

‘Heat hovers somewhere between that British synthpop of the time – but relies less on songs – and the German synthesizer dinosaurs like Tangerine Dream and Klaus Schulze.’
revolver’s lust for life

‘Compared to its predecessor Heat is an album that sounds a lot more distant.’
festivalinfo

‘Highway Hypnosis is a track with one of the best hook heard this year. (…) This album is really well written and glamorous.’
chain d.l.k.

‘The record is enticingly melodic, although the sterile sound world is hardly cozy or humanly inviting.’
kindamuzik

‘The strong positivism that leaks from the melodic and warm synths make the pain even worse – it’s a brilliant combination.’
the quietus

‘If Giorgio Moroder would be depressed or paranoid for a day, he would make this kind of music.’
musicfrom.nl

‘Most of the compositions contain a subtle way of repressed tension, the kind that makes you slide restlessly in your seat.’
dark entries

‘Heat could pass for a soundtrack from 1985.′
written in music

‘This is music for standing on top of buildings and gazing intensely over the skyline after saving the city from certain destruction. (…) This is really excellent.’
norman records

‘Heat is a record that you should let soak in slowly , like a healing balm. (…) who perseveres will be rewarded.’
gonzo (circus)

‘It’s a cinematic, imaginative en wonderful record that will appeal to every melancholic.’
subjectivisten / caleidoscoop

‘I’m not sure whether you can take my word for how good this LP is (…) Maybe Hunter Complex are serial sentimentalists.’
indendiary magazine

‘Heat is full of such cinematic, mysterious spacepop with a slightly ominous undertone that you continue to return to.’
kicking the habit

The new album is done, can't wait for you to hear

Poliziotto Sprint (1977). Another great one from t

Great mailday from @hhvrecords! From left to right

My favourite reissues and archival releases of 202