Limelight is the brand new single from Dutch synth wizard Hunter Complex. It arrives a year and a half after his critically acclaimed second album Heat. Two tracks from Heat have been remixed by Dutch bands Treasure of Grundo and Katadreuffe and are included here as digital b-sides to this brand new track.

The non-album track Limelight was recorded in the wake of the Heat album release. The track feels like a trip through a desolate and remote area. Starting off on the highway, taking exits to inaccessible dirt roads, before getting back on the highway, feeling confused and alienated. Hunter Complex is currently working on his third studio album, which will be – opposed to his first two albums – completely instrumental. It will dive deeper in the world of digital synths, soundtracks and ethereal atmospheres.

END_OF_DOCUMENT_TOKEN_TO_BE_REPLACED

This is an album that I didn’t get a chance to listen to properly when it first came out from Holland, but it is very interesting, and did get some good coverage in the music press. It has a definite eighties vibes, as Lars Meijer is using digital synths like the DX7 — but it also has some great filmic moments, where you can picture characters breaking out into a chase sequence. The style of the music is probably on par with someone like John Maus, where they are both working with and reinterpreting these sounds for a new century. It also has some of that musical optimism that you would hear in English pop bands like Talk Talk. 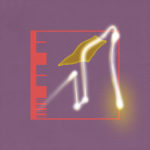 We were very excited to discover this amazing LP from Holland’s Hunter Complex, it’s a simultaneously glitzy and unsettling excursion into a sparkling early midi world of Tangerine Dream Soundtracks and Michael Mann movies. The man behind the music, Lars Meijer explores a fascinating soundworld and captures the pivotal point in cultural history where analogue handed over to digital. Driving sequencers, sparkling DX7s, power leads and smokey vocals stride into a bold over saturated VHS future world. Cool as flip. 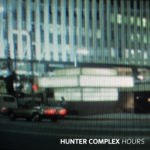 Obviously we don’t review digital releases, but this landed as a CDR on my desk, and I started writing, before realizing this. Now, perhaps, this has to do with the fact that I quite enjoy the music of Hunter Complex, of Narromind Mastermind Lars Meijer. This is the second single of his LP Heat – I didn’t realize people still release singles from LPs as that sounds like something from my childhood – but Hours is a great piece of 80s inspired pop music (check also my review of the LP in Vital Weekly 896). The No does a remix of Serious Glass and make it sound also very 80s, but in a more dark wave styled guise, with a voice that sounds like from beyond the grave. Nice. Drvg Cvltvre is Vincent Koremans (RA-X might be know still!) with a long ambient w/rhythm inspired piece called Highway Hypnosis and sounds like Tangerine Dream on ecstasy, especially when the rhythm kicks in after some time. Be careful driving cars while listening to this music. Now, in a just and right world, this would have been a great 12″. Where did the 80s go? I do miss them.

From 1985, another brilliant record from the legen

Just picked up his last record Juno to Jupiter a c

Absolutely fabulous night with the @petshopboys at

Last night at the @concertgebouw in Amsterdam: the

WOW! Finally on vinyl thanks to @_terror_vision_,

Great live score by @legowelt_official to his movi