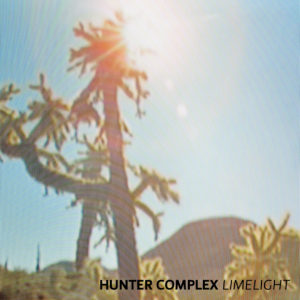 Limelight is the brand new single from Dutch synth wizard Hunter Complex. It arrives a year and a half after his critically acclaimed second album Heat. Two tracks from Heat have been remixed by Dutch bands Treasure of Grundo and Katadreuffe and are included here as digital b-sides to this brand new track.

The non-album track Limelight was recorded in the wake of the Heat album release. The track feels like a trip through a desolate and remote area. Starting off on the highway, taking exits to inaccessible dirt roads, before getting back on the highway, feeling confused and alienated. Hunter Complex is currently working on his third studio album, which will be – opposed to his first two albums – completely instrumental. It will dive deeper in the world of digital synths, soundtracks and ethereal atmospheres. 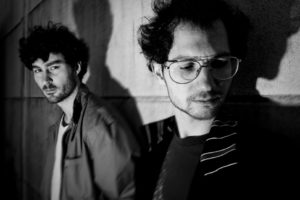 Treasure of Grundo, who did most of their remix in the rural area of Iceland, add extra layers, textures and a killer chorus guitar riff to the instrumental track Daylight, giving it a magical finishing touch, just like the glacial rivers and lava fields of the beautiful Iceland. Treasure of Grundo are planning to release the follow-up to their stellar debut album Dýsantzú in the winter of 2015. Their new wave synthpop sound will take a weird and obscure turn on this new album, which off course will be released on their own excellent Geertruida label.

Katadreuffe is a Dutch avant garde noise rock band. They took the vocals from the Hunter Complex track Hours and created a totally new musical backdrop for the song, which takes it even further into the ‘heat of midnight’. After two EP’s and the spectacular debut album Malconfort, Katadreuffe are currently working on their sophomore release, which will probably see the light of the day at the end of 2015/beginning of 2016. The new tracks are a little bit more song-orientated.

‘Yet another subtile link to Rush by Haarlem based synthpop-master Hunter Complex.’
theo ploeg

Together with @jurgentheuns I made the music for t

Incredible night of music at the @pletterij_debat_

Maybe the best series I've seen the past year: I K

Out now! The new edition of Soundz magazine with m

My set 'Spritual Healing' at @operator.radio from