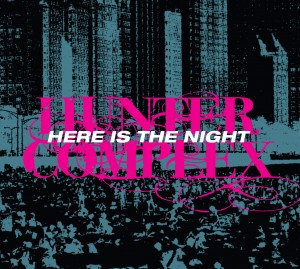 Here Is the Night EP is the first release by Hunter Complex. Under this name Lars Meijer creates music with a clear influence of synthpop and new wave from the eighties. In January 2010 his debut album Hunter Complex will be released. As a starter, Narrominded presents this cd (also available as a free download) containing reworks of the track Here Is the Night by Garçon Taupe, Spoelstra and Coen Oscar Polack. Lars Meijer was previously active in electronic music acts Living Ornaments and Psychon and is the co-owner of the Narrominded label. Around the turn of the century, under the moniker Larz, he created two lo-fi pop albums that reached a cult-status internationally. ‘Call Larz another bedroom genius – which he is, but he’s got that extra bit of special something about him’, Allmusic.com said at the time.